Not poor nor rich. A true story.

She grew wearing clothes bought from a second hand store. She never really understood the trends like Levi jeans, Gap shirts, or Nordstrom/Macy’s brand. If it was comfortable she would wear it alternate days.

As she got older the fads became louder Reeboks, Nike, and 401 blues. It started with a jean jacket that everyone was wearing. Begging her mom so she could feel included. She learned soon that it wasn’t worth it.

As she grew even older she learned new things like how people saw a person by their appearance. She learned that she could work hard and earn a living. She could buy her own clothes, devices, and appliances.

She never thought she was rich no poor. She was just comfortable with what she had. Somebody once told her since she had attended private school she must have been wealthy. What they didn’t know was she had been on scholarship in order to get an education.

She earned her own way working in customer service. So she learned how to blend into both worlds. She learned new brand names like Sony, Samsung, Chanel, D&G, Toshiba, and Prada. She learned to care for the knockoff versions of the fashion industry. She treasured shopping at Target and Walmart where she could find products at amazingly low prices. She could look stylish at half the price.

Now as she began to start her life over she used the knowledge that she had collected over the years to feel content being neither rich nor poor.

I am the woman in the story. 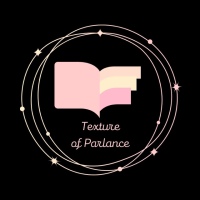 learn all about Yoga

More about US Health Insurance HERE

Take Action Now to Save our World

Words and Pictures from the Middle East & Balkans

A daily dose of God’s touch in a minute...

Motivational And Inspirational Self Development Videos